GRTgaz and Teréga launched the first national consultation of the renewable and low-carbon hydrogen market on 1st June 2021 in the presence of Dominique Mockly, Chairman and CEO of Teréga, and Thierry Trouvé, CEO of GRTgaz. Discover the first findings from the market.

This consultation comes out of a need for planning of the grid, identified by Teréga and GRTgaz, both to respond to the needs of hydrogen market actors at the local, national and European levels, but also to capitalise in the long term on existing infrastructures used for gas transport and storage.

It is aimed at all actors in the H2 market: industry, current or future H2 users, suppliers, producers, energy shippers, public and institutional actors, associations, infrastructure operators and academic actors.

The consultation closed on 10 September 2021. On 6th October 2021, Teréga and GRTgaz fed back the first findings to come out of this consultation to the market.

Teréga and GRTgaz received more than 130 responses to the consultation questionnaire, allowing them precisely to identify 90 production and/or consumption sites.

Market actors wanted to go beyond merely responding to the questionnaire, seeking nearly 60 two-way exchanges with GRTgaz and Teréga to go into further detail about their needs and expectations on transport and the decarbonisation of their own usage.

A majority of industries and a diversity of actors

Industrial actors, particularly those sectors which are the biggest consumers of energy and emitters of CO2 were particularly involved, making up nearly half of the respondents. 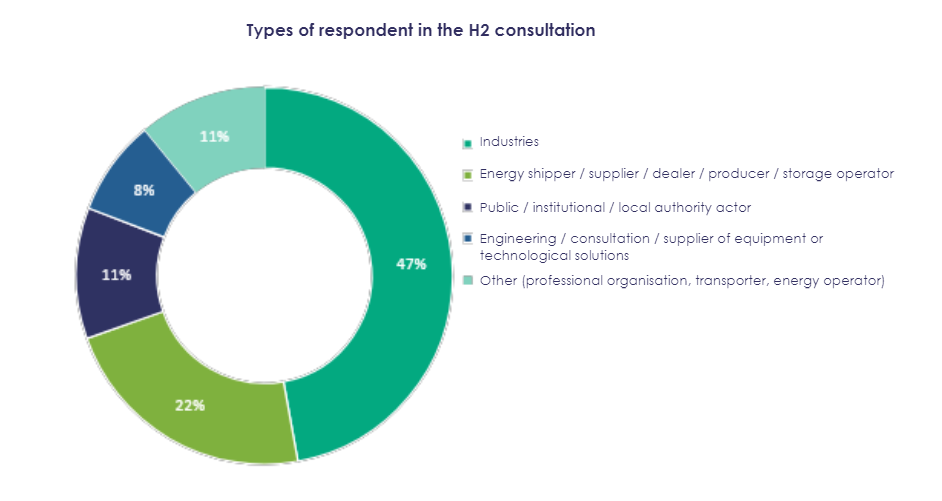 60% of industrial respondents identified hydrogen as a decarbonisation vector for their activities, and are already incorporating it into their strategies.

The market is therefore driven by the need to decarbonise French industrial activities, a need to which energy shippers, suppliers and producers want to respond, supported by local authorities who are committed to the energy transition in their own areas.

The volume, quality and representativity of the data provide Teréga and GRTgaz with their first informative basis on which to fine-tune their hydrogen transport grid development scenario, in response to short-, medium- and long-term infrastructural needs.

Market actors meanwhile are looking for greater structuring and planning of the market at the national level, so that they can improve the quantitative estimates of their hydrogen consumption and production potential.

The data from this market consultation has been aggregated to a level of detail that ensures confidentiality of the information received and conceals the identities of those responding.

The first big findings of the H2 consultation

The hydrogen market as seen by its actors

Actors clearly foresee a staged development of the market: 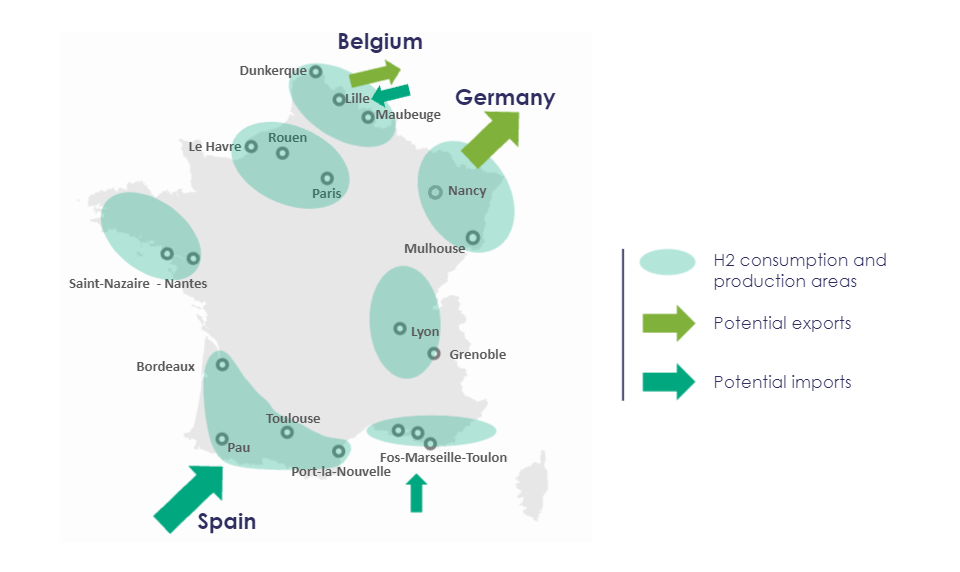 Based on the quantitative information received so far, within those H2 areas, the volumes produced and consumed do not allow a balance to be struck between hydrogen supply and demand in the medium to long term, which will require inter-regional exchanges at the very least.

For actors in the market, financial competitiveness is the key factor for success in developing H2 as an energy carrier. Respondents focussed particularly on transport costs, renewable energy production costs, and also the price of CO2 quotas.

90% of respondents envisage hydrogen transport from the production site to the consumption site via a pipeline grid, compared with 42% via the road or rail networks, with marginal amounts going by ship. 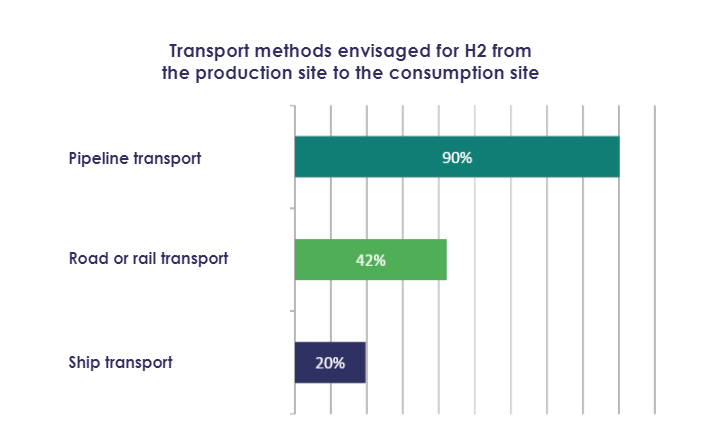 In order to optimise costs, energy transporters need to plan tomorrow’s hydrogen grid now, in response to the pipeline transport needs expressed by the market.

Hydrogen consumers also talk of the need for security and diversity of supply. For that to be achieved, actors expect:

Initial analysis of responses to the questionnaire has helped identify the issue of CO2-H2 complementarities as a major concern for actors in the hydrogen market. In that regard, 46% of industrial players envisage the capture, storage and/or repurposing of CO2 as a solution for decarbonising their businesses, and are pushing for a CO2 market consultation, for coordinated planning of dedicated infrastructures.

Next stages in the H2 consultation

To extend the exchanges with regional actors into issues to do with CO2-H2 complementarities, a subject identified by respondents in the consultation, GRTgaz is to organise regional workshops in November 2021. The aim of those workshops is to study existing or future complementarities at the local level and to consolidate actors’ needs and expectations in terms of CO2 transport infrastructures. That process will be rolled out to other regions by Teréga and GRTgaz in 2022.

Based on a more detailed analysis of the responses, lessons learned with territorial whorshops and exchange sessions with hydrogen market actors, Teréga and GRTgaz will presente, early in 2022, a shared vision of the future hydrogen, low-carbon and renewables market.

This year’s consultation process is intended to be repeated to allow regular assessment of transport needs, which are bound to change over time, and to ensure that the joint construction of the grid will indeed be in the general interest. 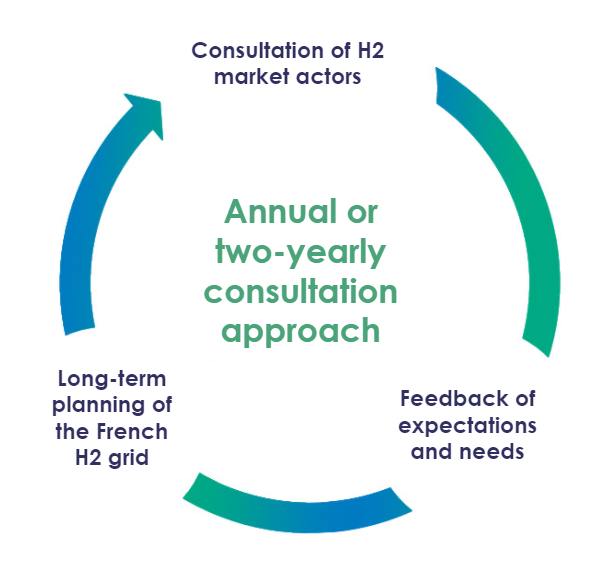